The interviews have always something more than the articles: are the portrait of an individual's personality. More or less interesting. And I have had the pleasure to exchange a few words with an artist very interesting and very beautiful. An art-model amazing, from the look sassy and with a little body sinuous. She is Riae Suicide...

Who is Riae Suicide and what he did before he became an alt-model? 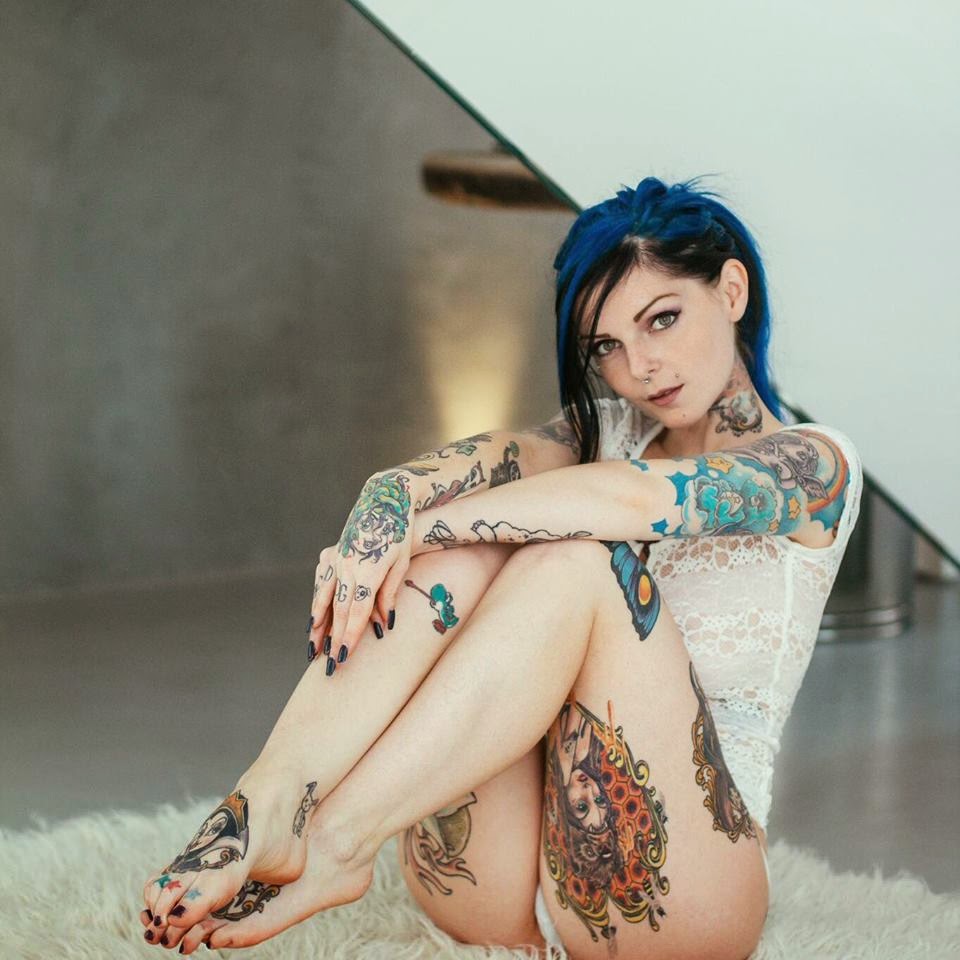 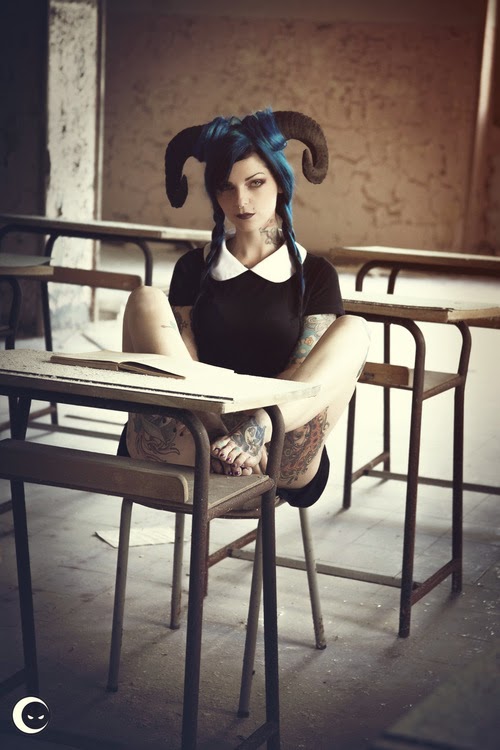 What is your relationship with the camera lens?

Your body is particularly colored by beautiful tattoos and piercings. What do these signs on your body? 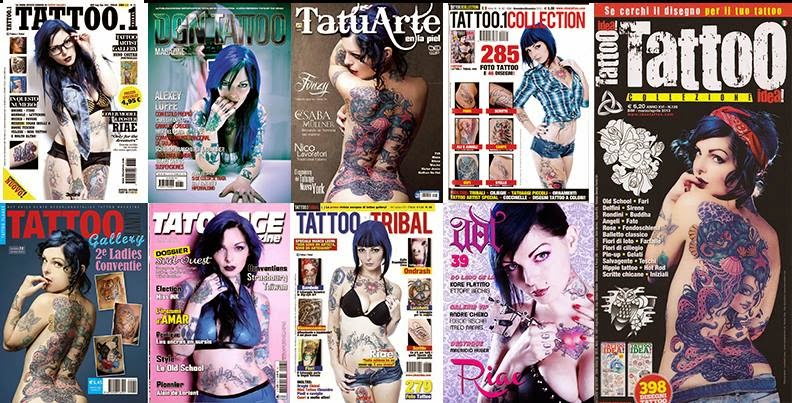