Italian doctor wants to transplant a human head, and it's not a joke!

giugno 13, 2015
Perhaps you've heard the Italian doctor Sergio Canavero, the neurosurgeon, who has announced that it plans to transplant the head of a man of a new body within two years.
The news was reported by media around the world, almost always with comments incredulous if not scornful.
According to most of the newspaper headlines, it is nonsense: "No, the transplant of human head will not be made by 2017," they wrote Popular Science and Wired. "It is not realistic," adds International Business Times. When I started talking about it at work they have said that is just crazy, impossible. They made jokes about the head of Ted Williams (a great baseball star who died in 2002), which at the moment is frozen in Arizona and is waiting for a new body.

Yet, I'm not sure whether it's a madness, even if it were to become a reality in 2017. The more I read about the history of transplants, surgery on the spinal cord and on experiments done so far using the head of primates, more questions come in mind. And the question does not seem a joke.

Animal experiments are already a reality, and the proposal for a human transplant does not seem a marketing gimmick: Canavero in June will be the keynote speaker at the conference of the American Academy of Neurological and Orthopedic Surgeons to be held in Annapolis. The doctor is the director of Advanced Neuromodulation Group, a research center based in Turin, and in February he wrote a scientific paper in which he proposed a technique of fusion of the spine, GEMINI. In this video he explains his project in a Ted Talk held in Verona.

The Italian doctor Canavero, already has a volunteer for its operation: Valery Spiridonov, a Russian programmer of 30 who suffers from the syndrome Werdnig-Hoffman, a neurodegenerative genetic condition that affects the nerves and muscles.
In an interview with Motherboard, Spiridonov says he's not able to walk since he was one year. The man has been proposed as a volunteer in April. The body on which would be grafted his head would instead that of a donor currently in condition of brain death.

The difficulties of a transplant of a human head are countless: being able to keep alive the brain during transfer, join the two broken spinal cords and make them communicate, prevent the body from rejecting the head. And these are just some of the scientific difficulties. 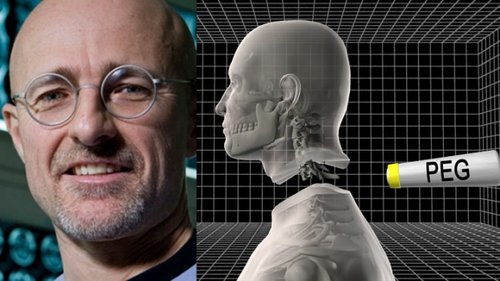 There are many ethical and economic problems:

The head transplant has never been completed successfully on other animals?

The answer is not entirely negative as one might think. To be clear, I'm not justifying this kind of experiments. Many do not respect those who are the current standard for research on animals, that exist for good reason. But we can get an idea about the milestones of trade in the head.

Ultimately, a few steps on the road to head transplant was done, even if it as such depends on the idea that everyone has success. I personally doubt that these results will lead droves of people to get in line for the head transplante.
[source: nationalgeographic.it ]
Ubicazione: Italia