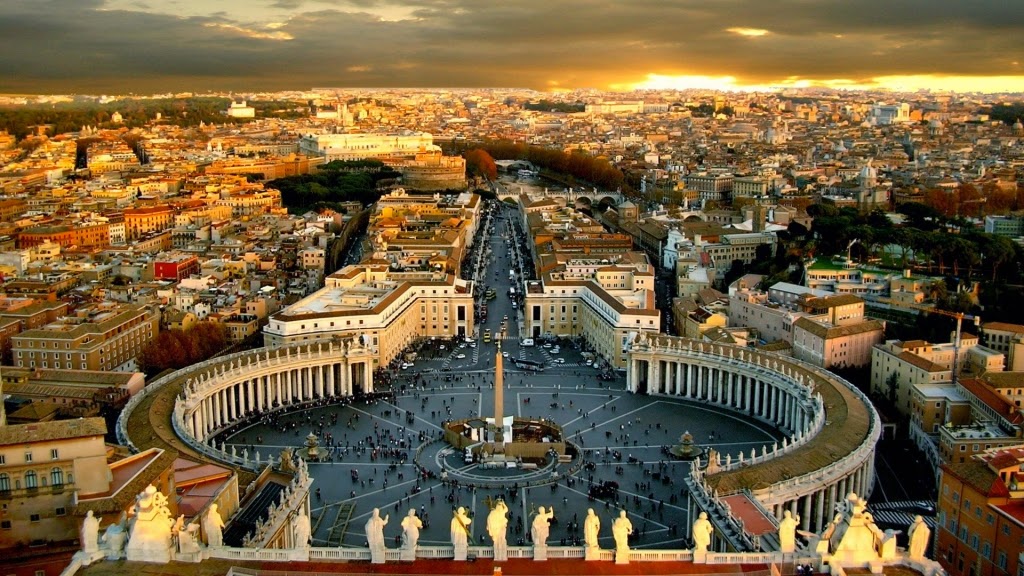 Surprise worldwide for the announcement of Pope Francis: an extraordinary Jubilee, which will begin on December 8, 2015, and will last until 20 November 2016, the feast of Christ the King. This will open a Holy Door.

"The message of Jesus is mercy. For me, I say this humbly, is the strongest message of the Lord, "he said in his homily to the arm in the parish church of St. Anne in the Vatican, four days after becoming Pope." I think this is the time of mercy "he said at a press conference on the flight back from his first international trip in Brazil, on July 29, 2013." The mercy is not just a pastoral attitude, but it is the very substance of the gospel, "he wrote in a letter sent Monday last year at the Catholic University of Argentina. The theme of mercy was central in these first two years of his pontificate, and today, on the second anniversary of his election, Francis announced the holding of a Holy Year of Mercy. It was the Pope himself to communicate, during the penitential liturgy which he presided in the Basilica of St. Peter confessing some of the faithful. This special Jubilee will begin on December 8, on the fiftieth anniversary of the closing of the Second Vatican Council and will last until the feast of Christ the King, November 20, 2016.

Here are the words with which Francis announced the Holy Year: "Dear brothers and sisters, I have often thought about how the Church can make clear its mission of being a witness of mercy. It is a journey that begins with a spiritual conversion. So I decided to hold a special Jubilee that is focused upon the mercy of God. It will be a Holy Year of Mercy. We want to live in the light of the Lord's words: "Be merciful as your Father." This Holy Year will start the forthcoming Solemnity of the Immaculate Conception and will end on November 20, 2016, Sunday of Our Lord Jesus Christ, King of the universe and living face of the Father's mercy. "

"I commend the organization of this Jubilee - added the Pope - to the Pontifical Council for Promoting the New Evangelization, so that it can animate it as a new stage of the journey of the Church in its mission to bring to every person the Gospel of mercy. I am convinced that the whole Church will find in this Jubilee joy to rediscover and make fruitful the mercy of God, with which we are all called to give consolation to every man and woman of our time. "

On the return flight from Rio de Janeiro, in July 2013, Francesco answering a question from a journalist had said: "I think this is the time of mercy. This change of era, too many problems of the Church - as a testimony of some priests not good, also problems of corruption in the Church - also the problem of clericalism, for example, has left many wounded, many wounded. And the Church is the mother has to go to treat the wounded, with mercy. If the Lord does not get tired of forgiving, we have no other choice than this: first of all, treat the injured ... You mother, the Church, and must go down this path of mercy. And find a mercy for all. I think, when the prodigal son came home, Dad did not tell him: "But, you, you hear: accommodated. What did you do with the money? ". No: he made the party! Then, perhaps, when his son wanted to speak, spoke. But the Church must do so. When there is someone ... but, not just waiting for them: go find them! This is mercy. And I think this is a kairos: this time is a kairos of mercy. But this first intuition he had John Paul II, when he started with Faustina Kowalska, Divine Mercy ... he had realized that it was a necessity of this time. "

The kairos, according to biblical tradition, the fact is convenient, the appropriate time to an initiative of God to be seized in the present. With today's announcement Francis wants to encourage the rediscovery of the sacrament of penance and reconciliation, and to remember that "God never gets tired of forgiving, we who get tired of asking forgiveness." The bubble of the call will be announced next month, in the Divine Mercy Sunday (April 12) instituted by John Paul II. This new Holy Year is thus excluded those 'ordinary' celebrated every 25 years (the last was the great Jubilee of 2000) but is grafted on the heels of those "extraordinary" that the Church at particular index. Among these should be added that launched in 1983 by Pope John Paul II to celebrate the 1950 years from the redemption accomplished by Jesus on the cross in the year 33.

"The path of the Church - the Pope said in the important homily last February 15 in front of the new (and old) Cardinals - is not to condemn anyone eternally; to pour out the mercy of God to all people who ask with a sincere heart; the way the Church is precisely to get away from your fence to go look in the distant "suburbs" of existence; to fully adopt the logic of God; to follow the Master, who said: "It is not the healthy who need a doctor, but the sick; I am not come to call the righteous, but sinners to convert. '"

Particularly significant for understanding the gaze of the Pope on this issue, which is the homily delivered this afternoon in St. Peter's and which ended with the announcement of the Jubilee. Francis, commenting on the Gospel passage of the sinful woman who kneels before Jesus for cospargergli feet with ointment, explained the difference between his attitude and that of Simon the Pharisee. In the first case, there is "the love that goes beyond justice," while "Simon the Pharisee, on the contrary, can not find the path of love. He stands at the threshold of the formalities ... In his thoughts invokes only justice and doing so is wrong. His judgment on the woman away from the truth. "

"The call of Jesus pushes each of us to never stop at the surface of things - the Pope explained - especially when we are dealing with a person. We are called to look beyond, to focus on the heart to see how much generosity everyone is capable. No one can be excluded from the mercy of God; everyone knows the way to access it and the Church is the house that welcomes all and no one refuses. Its doors remain wide open, because those who are touched by grace can find the certainty of forgiveness. The larger the greater sin and must be the love that the Church expresses toward those who convert. "

After the announcement of the Holy Year of Mercy, Pope Francis went to a confessional of St. Peter's Basilica and knelt in front of a penitentiary for confession. The same gesture had allegedly made even last year on the same occasion, before confessing some of the faithful.
[source]